Vampires are a species of blood-sucking, predatory, undead creatures, somewhat similar in appearance to humans. They fulfill the role of main antagonists in both the book and screen adaptation of Abraham Lincoln: Vampire Hunter.

Vampires as a species, can easily blend into society by assuming their human form. This allows them to lead somewhat normal lives, dispite their sinister true nature. However, their true appearance is animalistic and horrifying. In this state, their irises shine, and their eyes turn completely black, or reddish and blood shot. Their skin attains a decayed and unnatural look, becomes unnaturally white or grey, with black veins visible beneath it. Sharp rows of short and/or long fangs, larger, more elastic jaws, and lengthy claws. The jaws and teeth are a Vampire's most prominent

transformations, as it can be very drastic depending on the Vampire, though seemingly all Vampires have jaws that can almost stretch over an entire Human shoulder, enhancing their bite further. Their canine teeth are usually quite long, and seem to be the most prominent of teeth in their jaws. When a Vampire takes its true form, its teeth become sharp, lethal fangs. They have two predatory forms, with the lesser of the two only allowing them pronounced canine teeth, completely white skin, visible black veins, and unnaturally, almost completely, bloodshot eyes. Their monstrous form however, occurs when they are more in a much more primal, animalistic, vicious state. A Vampire can morph into this appearance in an instant, changing from their Human or lesser Vampiric form in seconds. In this state, they possess incredible elastic jaws, a mouthful of fangs rather than only canines, and pale, almost luminescent skin, with pulsating dark veins. The lesser form's appearance occurs when a vampire desires to frighten prey, reveal their true nature, or when they are close to feeding. The more demonic, or "monstrous" form can be triggered with the channeling of one's anger, incredible physical or mental strain, and/or a need to fight.

Henry endeavored to a lifetime of vampire hunting secrets. Their ability to adapt to sunlight, their power to render themselves invisible. Abraham Lincoln

Vampires are physically more powerful than humans, far surpassing the latter's position on the food chain as prime survivalists and predators. Aside from their supernaturally increased speed and strength, they have the ability to adapt to sunlight and the power to render themselves invisible.

In Abraham Lincoln: Vampire Hunter, vampires aren't killed by sunlight and remain unaffected by holy objects, prayers, or water. They can only be harmed and killed by silver, and/or decapitation. If they harmed by silver in a way that is fatal to a normal living creature, they will die.

Also, by God's decree, a Vampire is incapable of killing another Vampire, as "only the living can kill the dead." When a Vampire attempts to slay another, they are held back by a possibly mystical, unseen force, much like opposing magnetic forces. However, a Vampire can physically attack another and harm them, though they cannot be two inches close to another Vampire if they attempt lethal force. In other words, a Vampire cannot directly kill another Vampire.

Differences Between Vampires in the Book and the Movie 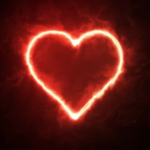 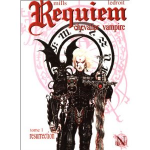 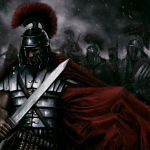