Vadoma was a ruthless enforcer and the sister of Adam. She killed Lincoln's son, but later met her death by Mary.

Not much is known about her except that she is the sister of Adam and acts as his assassin and enforcer.

Vadoma assisted Adam during his schemes. As they learned Abraham was hunting them they abducted a friend of his to lure him to their mansion. As Abraham came in she and Adam watched as he killed his way through the vampires they sent to get him. Vadoma then faced Abraham and restrained him by pinning him with a chair. The siblings then tried to persuade the captured Abraham to join their cause. Adam then wanted to kill his friend and turn him into a vampire to make him drink his blood. However this got foiled as a horse carriage bursted in and they managed to escape.

After Lincoln became president Vadoma infiltrated the white house and killed his son.

She later got confronted by Mary Todd Lincoln who shot and killed her with silver in the head to avenge her son's death.

She was a ruthless enforcer and had a calm exterior unless she or her brother were threatened.

As a Vampire vadoma had immortality, increased senses, speed, strength, durability and reflexes. 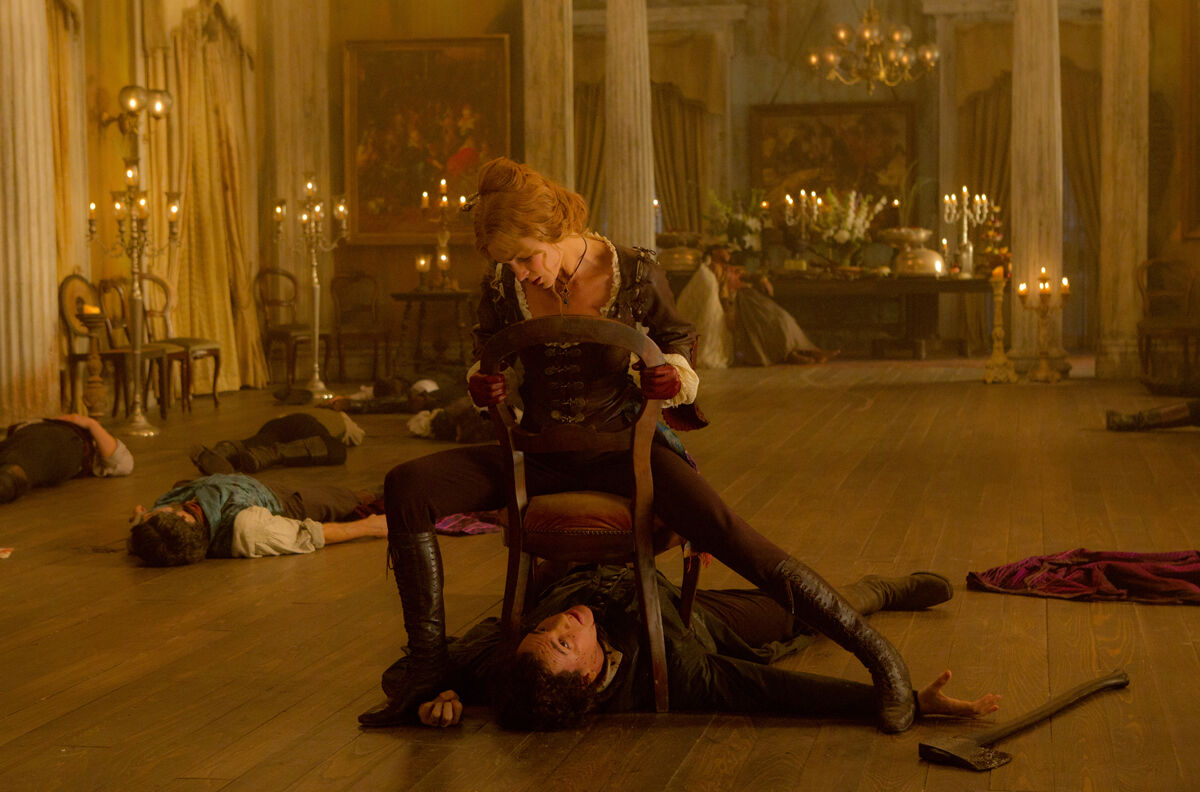