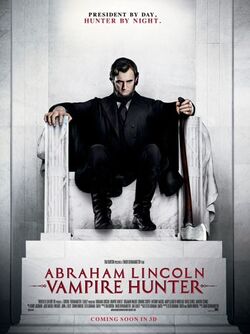 (Source interview) with Seth Grahame-Smith, who is pleased with the changes (considering that he helped write the script).

Retrieved from "https://abrahamlincolnvampirehunter.fandom.com/wiki/Differences_Between_the_Book_and_Film?oldid=4620"
Community content is available under CC-BY-SA unless otherwise noted.