History prefers legends to men. It prefers nobility and brutality. Soaring speeches to quiet deeds. History remembers the battle...and forgets the blood. However history remembers me, if it does at all...it shall only remember a fraction of the truth. Abraham Lincoln

Abraham Lincoln (February 12, 1809 – April 15, 1865), also called Abe for short, was the 16th President of the United States and a Vampire Hunter. His mother was killed early on in his life by Jack Barts, a Vampire, causing a great hatred in him for vampires.

Lincoln was assassinated on April 14, 1865 by John Wilkes Booth. Just earlier that night, he ironically refused Henry's offer to make him into a Vampire, stating that vampires aren't the only thing that's Immortal.

Abraham Lincoln was born on February 12, 1809 and lived in Indiana with his parents, Nancy and Thomas Lincoln.

There, Lincoln befriends a young African American boy, William Johnson, and intervenes when he sees Johnson being beaten by a slaver. Because of his son's actions, Thomas is fired.

Later that night after Thomas was fired, Lincoln sees Barts break into his house and attack his mother. Nancy falls ill the following day, and dies shortly afterwards. Thomas tells Lincoln that Barts poisoned her. Due to Abe's mother being killed by a supernatural creature, this causes him to vow vengeance.

Nineteen years later, a vengeful Lincoln attacks Barts at the docks, but Barts, who is actually a vampire and the vampire responsible for killing Abe's mother, overpowers him. However, before Barts can kill him, Lincoln is rescued by Henry Sturges.

Sturges explains that vampires exist, and offers to teach Lincoln to be a vampire hunter and the difference between "doing something extraordinary and being satisfied with simple vengeance." Lincoln accepts and goes through a decade of training. After training, travels to Springfiel, Illinois. He also befriends shopkeeper Joshua Speed and meets  Mary Todd. Though Sturges warned him not to form any close relationships, Lincoln develops romantic feelings for Mary.

After Lincoln successfully finds and defeats Barts and finds out that Sturges is also a vampire, turned centuries ago by Adam, Lincoln decides to abandon his mission and proposed to Mary Todd. Abraham Lincoln then marries Mary Todd Lincoln. Their relationship is shown in a romantic, sweet way, contrasting with the dark double life that Lincoln leads as a vampire killer. After Lincoln marries Mary and begins his political career, campaigning to abolish slavery, Sturges warns Lincoln that the slave trade keeps vampires under control, as vampires use slaves for food, and if Lincoln interferes, the vampires will retaliate.

After Lincoln's election as the 16th President of the United States of America, he moves to the White House with Mary, where they have a son, William Wallace Lincoln. Upon becoming president, Abraham Lincoln took the responsibility of emancipating the slaves of America. This, however, has a double meaning because he was not only emancipating them from slavery, but emancipating them from the vampires, who bought them from slave-owners to use for food. However, tragedy strikes when their son William is later bitten by a disguised Vadoma and dies.

Plan to Use Silver

Confederate President Jefferson Davis convinces Adam to deploy his vampires on the front lines. Lincoln then orders the confiscation of all the silverware in the area and has it melted to produce silver weapons, being the only thing that can kill a vampire. Speed, believing that Lincoln is tearing the nation apart, defects and informs Adam that Lincoln will transport the silver by train.

On the train, Adam and Vadoma, who have set fire to the upcoming trestle, attack Lincoln, Sturges, and Johnson. During the fight Adam learns that the train holds only rocks, not the silver. Speed then reveals that his betrayal was a ruse planned by him and Lincoln to lure Adam into a trap, and Adam kills Speed for this. Lincoln uses his watch to stab Adam, killing him, and the three escape the train before it explodes.

On 19 November 1863, Lincoln delivered his famous Gettysburg Address at the dedication of a cemetery at the site of the Battle of Gettysburg, a decisive Union victory that had taken place earlier in the year. Lincoln did not think his words will last forever but history will show otherwise and it for this his Gettysburg Address is remembered.

After finishing a few more pages in his journal, Abraham conversed with Henry one last time. The conversation, ironically, involved Lincoln refusing Henry's offer to make him a vampire. Lincoln informed Henry that vampires are not the only thing that's immortal.

Lincoln then left for the theater, where he was shot in the back of the head by John Wilkes Booth. As Booth escaped, an Army surgeon immediately assisted the wounded President. He found Lincoln unresponsive, barely breathing and with no detectable pulse. The doctor made an attempt to clear the blood clot, after which the President began to breathe more naturally. The dying Lincoln was taken across the street to the Petersen house where he died nine hours later.

As a trained hunter trained by Henry Sturges, Abraham is highly skilled in the art of vampire hunting, especially when wielding an ax. He has been shown to take on a number of 2, 3, sometimes even 4 vampires. With a single swing of his ax, he cut down a tree a foot across with a single swing. 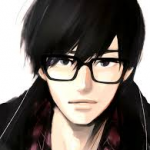